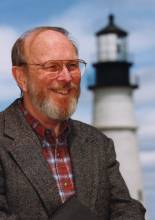 John David Hicks is President of Faith Encounter, Inc. and travels as an Evangelist/Bible Teacher, holding revivals, retreats, seminars and conferences. He has spent eighteen years serving as a pastor. In addition, he has worked as a professor of speech and evangelism at Canadian Nazarene College in Winnipeg, Manitoba, and taught homiletics at Western Evangelical Seminary in Portland, Oregon. He has also authored numerous articles and study guides on victorious living. He is a member of Billy Graham’s Proclamation Evangelism Network (PEN). Currently he is a Network Evangelist with Luis Palau and the Next Generation Alliance.  He is also a commissioned evangelist in the Church of the Nazarene and is an Area Representative with Billy Graham’s MY HOPE America. He works as well as a Chaplain with the Yamhill County Gospel Rescue Mission in McMinnville, OR.

He and his wife June have been married 55 years. They have three married children and eight grandchildren.